Wrap-Up: Thanks for a great 2022 Online DOE Summit!

Thank you to our presenters and all the attendees who showed up to our 2022 Online DOE Summit! We're proud to host this annual, premier DOE conference to help connect practitioners of design of experiments and spread best practices & tips throughout the global research community. Nearly 300 scientists from around the world were able to make it to the live sessions, and many more will be able to view the recordings on the Stat-Ease YouTube channel in the coming months.

Due to a scheduling conflict, we had to move Martin Bezener's talk on "The Latest and Greatest in Design-Expert and Stat-Ease 360." This presentation will provide a briefing on the major innovations now available with our advanced software product, Stat-Ease 360, and a bit of what's in store for the future. Attend the whole talk to be entered into a drawing for a free copy of the book DOE Simplified: Practical Tools for Effective Experimentation, 3rd Edition. New date and time: Wednesday, October 12, 2022 at 10 am US Central time.

Even if you registered for the Summit already, you'll need to register for the new time on October 12. Click this link to head to the registration page. If you are not able to attend the live session, go to the Stat-Ease YouTube channel for the recording. 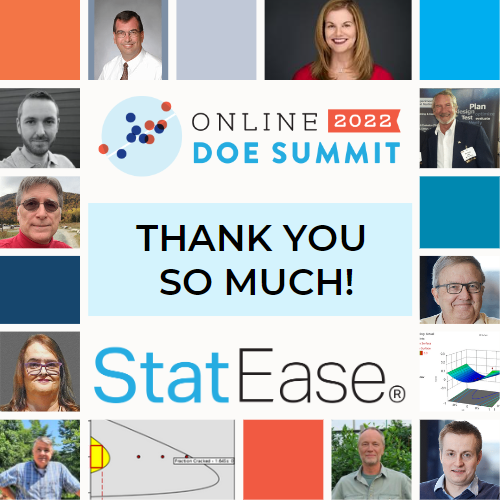 Want to be notified about our upcoming live webinars throughout the year, or about other educational opportunities? Think you'll be ready to speak on your own DOE experiences next year? Sign up for our mailing list! We send emails every month to let you know what's happening at Stat-Ease. If you just want the highlights, sign up for the DOE FAQ Alert to receive a newsletter from Engineering Consultant Mark Anderson every other month.

Thank you again for helping to make the 2022 Online DOE Summit a huge success, and we'll see you again in 2023!

If you haven't discovered Mark Anderson's Stats Made Easy blog yet, check it out!  Mark offers a wry look at all things statistical and/or scientific from an engineering perspective. You will find posts on topics as varied as nature, science, sports, politics, and DOE.  His latest post, Magic of multifactor testing, involves a fun DOE with bouncy balls.

The first article follows the setup of Mark's DOE. At the bottom of Part 1, click on the Related Links tab to find Part 2 (Results) and Part 3 (Data and Details) 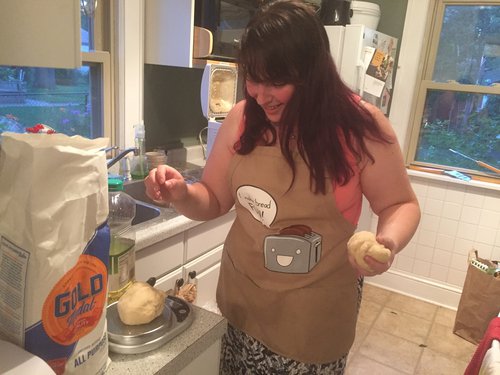 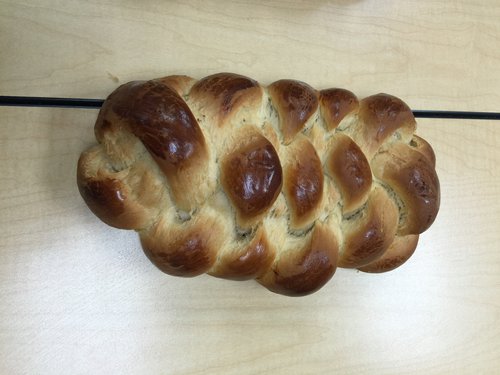