“BetterSpeak”—3 Steps to Improving How You Say What You Say

Stat-Ease is collaborating with Dr. Pelton to help users who achieve experimental success better communicate their results. Enjoy this article on improving how you say what you say!

In Act 1, Scene 1 of Shakespeare’s tragedy King Lear, Lear asks his three daughters to proclaim their affection for him which the first two, Goneril and Regan, do with genuine warmth, but the third, Cordelia, does not. She rather coldly says that she loves her Majesty according only to her bond, no more nor less. He’s taken somewhat aback by her callous comment and responds by saying “How, how Cordelia! Mend your speech a little, lest it mar your fortunes.”

Shakespearean actors worth their salt know full well that it’s not only the meaning of the words they speak but the way they speak them that makes what they say worth listening to. They are keenly aware of how to use articulation, modulation, tempo, sound and pronunciation to affect their speech. They are elocutionists who, to paraphrase one dictionary’s definition, are masters in the art of speaking effectively in public.

Here are three key steps to improving—or mending—your speech so you, too, can speak more effectively. Once you’ve read them and practiced the suggested exercises, you’ll be well on your way to becoming a more polished speaker and, who knows, even a proficient enough master to go on stage and play Goneril, Regan, Cordelia or Lear. 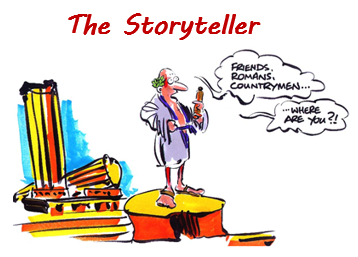 First: Variety above all else. You never want your voice to sound colorless, dull, passive or lifeless, so to give it character and make it interesting to listen to, change speeds, expand its range and play with dynamics. Which would you rather see, a river placidly and monotonously rolling along without anything in it to grab and hold your interest or one that’s alive with activities that catch your eye and make you want to stop and pay attention? The same with the voice and variety.

Also, pause, pause and pause yet again. You never want to run phrases together so that you prevent audiences from understanding, appreciating or enjoying what you’re saying. Silence is, indeed, golden so, to quote the great American raconteur Will Rogers, “never miss a good chance to shut up.” Actors and storytellers vary their voices and use silence to keep their audiences engaged and involved. Listen to your favorite actor or actress reciting a poem or reading a novel and you’ll hear what I mean. You’ll certainly be taken in by how they use their voices and pauses to hold your interest. Better yet, record yourself reading, say, A. E. Houseman’s short poem “When I was one and twenty” from “A Shropshire Lad” and listen to what you sound like when you play it back. Did you vary speed, range and dynamics and use pauses to make the poem come alive and be worth listening to, or did you merely go through the motions and read it without vocal inflection or pausing so it came across as boring, bland and, in a word, blah. Hopefully, the former.

When I was one-and-twenty

I heard a wise man say,

‘Give crowns and pounds and guineas

But not your heart away;

Give pearls away and rubies

But keep you fancy free.’

But I was one-and-twenty,

No use to talk to me.

When I was one-and-twenty

I heard him say again,

‘The heart out of the bosom

Was never given in vain;

‘Tis paid with sighs a plenty

And sold for endless rue.’

And I am two-and-twenty,

You’ll find that, as you practice varying your voice and pausing, you, too, will turn into an actor or storyteller who’s more than adept at using variety and silence to persuade, influence, motivate, entertain or educate the people you’re talking to. So, vary away and shush. 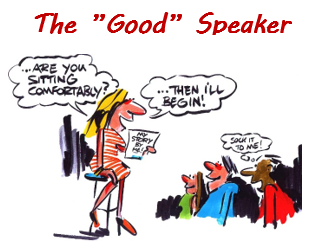 Second: Enunciate, enunciate, enunciate. English is a hard, percussive language and, to speak it well, consonants need to be sharp and incisive. Many speakers of English, both native and foreign, don’t do this enough and, as a result, listeners all too often fail to understand what’s being said because speakers don’t pronounce their “b”s, “t”s, “v”s, “l”s, “m”s, “p”s or “d”s clearly, cleanly and consistently. So ask yourself which consonants you don’t articulate well and work on them. Try the following tongue twisters and see if they’ll help. As you go through them, notice how many consonants you miss—quite a few, I’ll wager.

Try them again making sure to enunciate the next consonant as emphatically as the one before and you’ll notice a marked improvement.

So, enunciate sharply and consistently and you’ll be better off for it. 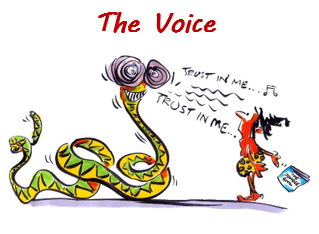 Third: Handle with care. For your voice to be the expressive, compelling, engaging and appealing instrument you want it to be, it needs more than its fair share of TLC.

It is extremely fragile, though paradoxically quite strong, and can become damaged much more easily than people think it can without proper care. So, to speak well:

Also, avoid as much as possible:

To paraphrase W. H. Auden, “all (you) have is a voice,” so the more you take care of it and use it wisely, the more it will be able to do what you ask it to. 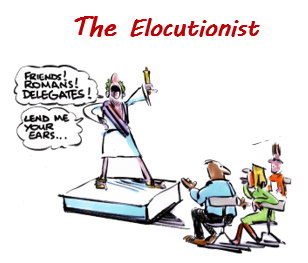 The British actress Dame Penelope Keith once said that when she went to school everyone had elocution lessons, not to sound posh but so they could be understood. Understanding, of course, is at the heart of any communication so it goes without saying that the more effectively and expertly you use variety, silence and diction to speak and the more you take care of what the composer Richard Strauss calls “the most beautiful instrument in the world (and the most difficult to play)”, the greater the impact of what you say will have on those listening to you. In short, just remember that what you say will only be as good as how you say it. 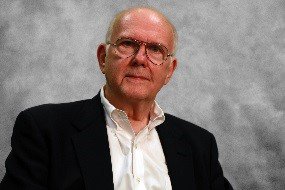 Dr. David Pelton has been a professional communicator for over 45 years and has taught courses in communication and communication-related subjects for a number of national and international training/development organizations including PetroSkills, Energy Delta Institute (The Netherlands), The Learning Tree (Malaysia), Integrative Learning & Consulting, Ltd. (Singapore), and the Oxford Management Centre (UK/UAE). He is currently President of Pelton Communications, LLC and holds degrees from Cornell University, The New England Conservatory of Music, and the University of Cincinnati. He has performed for, and spoken to, audiences in the United States, Central and Western Europe, Armenia, Azerbaijan, Russia, The Ukraine, Africa, The Middle East, and Southeast Asia. He has also taught at major US colleges and universities and has done voice over work and been an active seminar/workshop trainer/facilitator for businesses and organizations in California, Colorado, Illinois, Louisiana, Massachusetts, New York, Rhode Island, Texas, Virginia and in Angola, Canada, Australia, England, Germany, Holland, Ireland, Kazakhstan, Wales, the Czech and Slovak Republics, Benin, and Nigeria. Today he is a member of numerous training institutes and societies and enjoys a national and international reputation as a communications consultant, lecturer, trainer, and coach. He can be reached at [email protected].