When an experiment includes one or more binary responses, such as results that either pass or fail, logistic regression, named by its use of the logit function, becomes more appropriate for predictive modeling than linear regression based on ordinary least squares (OLS). For statistical details, see “Logistic Regression Models”, Section 13.2 of Introduction to Linear Regression Analysis, 5th edition by Montgomery, Peck and Vining, 2012, John Wiley & Sons, Inc., Hoboken, New Jersey. Rest assured that, although the mechanics of logistic regression get a bit complicated (no worries: the software takes care of this), the results end up being relatively easy to interpret.

Montgomery, et al, present in problem 13.1 the test-firing results for 25 SAMs aimed at targets of varying speeds in a range from 200 to 500 knots. Let’s see how this experiment is set up in Design-Expert (DX) and, after entering the hit (1) or miss (0) results, how they get modeled, diagnosed and interpreted. Imagine you are in an airplane flying over this SAM installation. How fast do you need to fly to reduce your chances of being shot down to an acceptable probability?

Open Design-Expert and go to the Help menu, then hover over Tutorial Data and click SAM Firing Tests to load your data (shown below).

This textbook data was entered via the Blank Spreadsheet tool. See how by rebuilding the design via File, New Design and clicking Yes to “Use previous design info”. Proceed through the steps back to the design sheet, now empty. The factor and response values were then entered (Option: paste from a spreadsheet). Re-open SAM Firing Tests to fill your design back in. 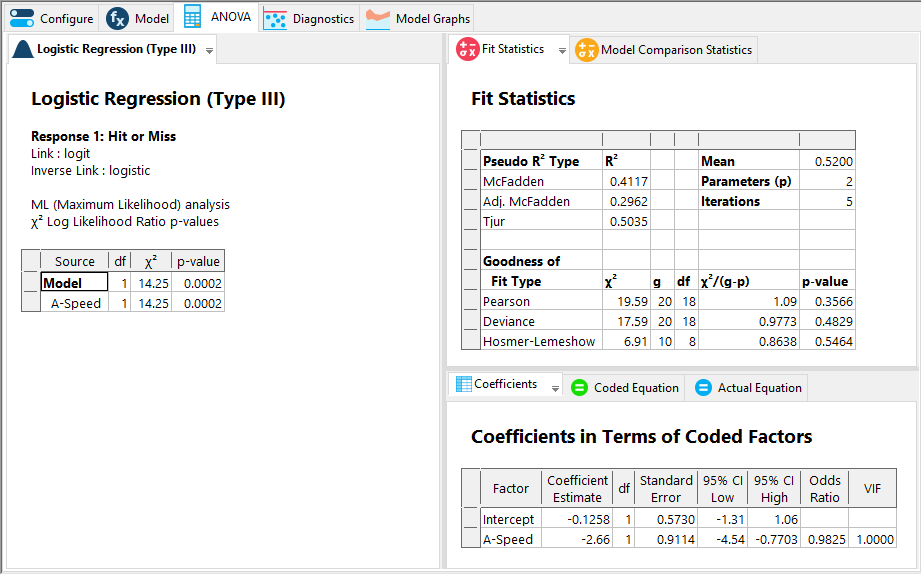 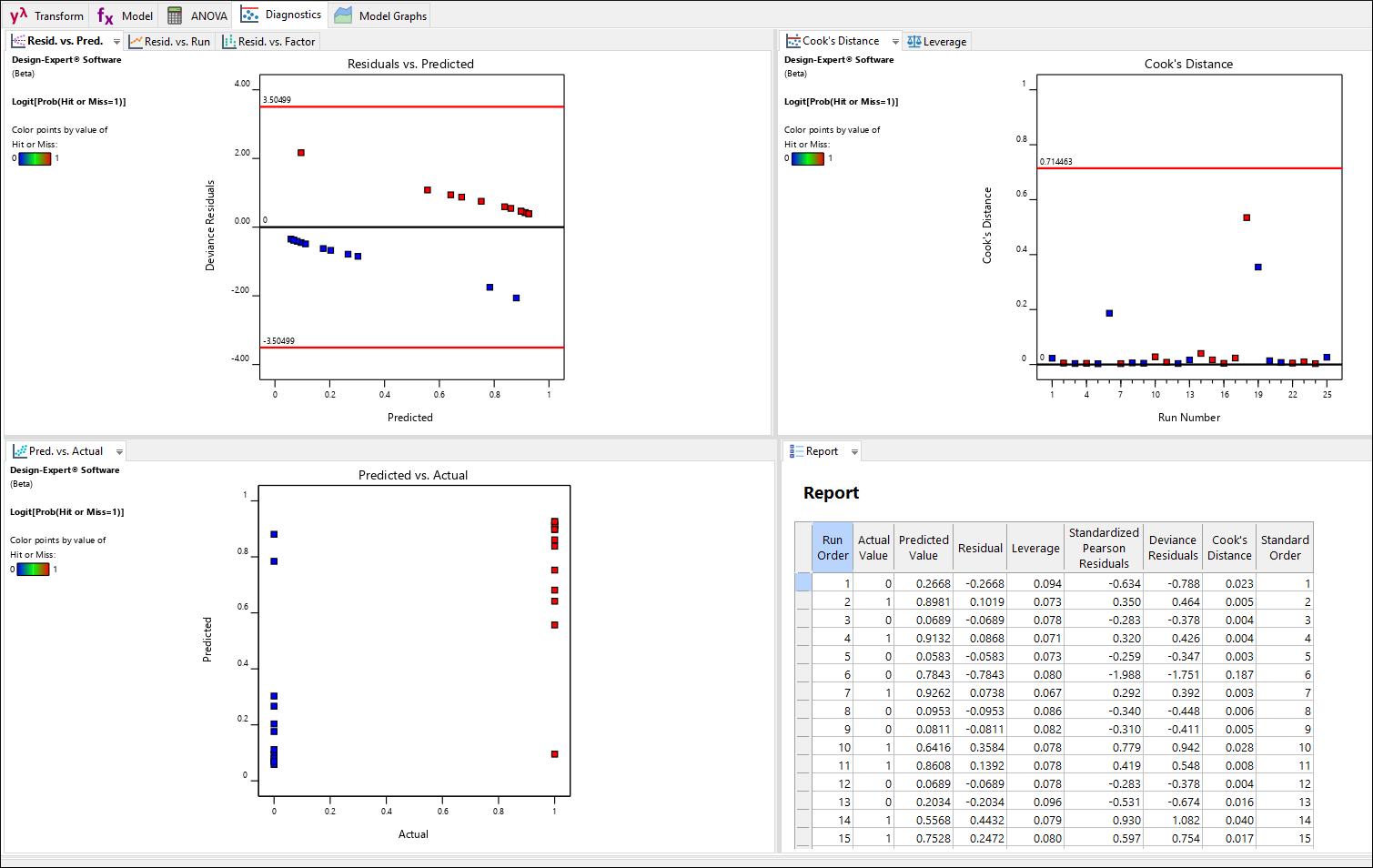 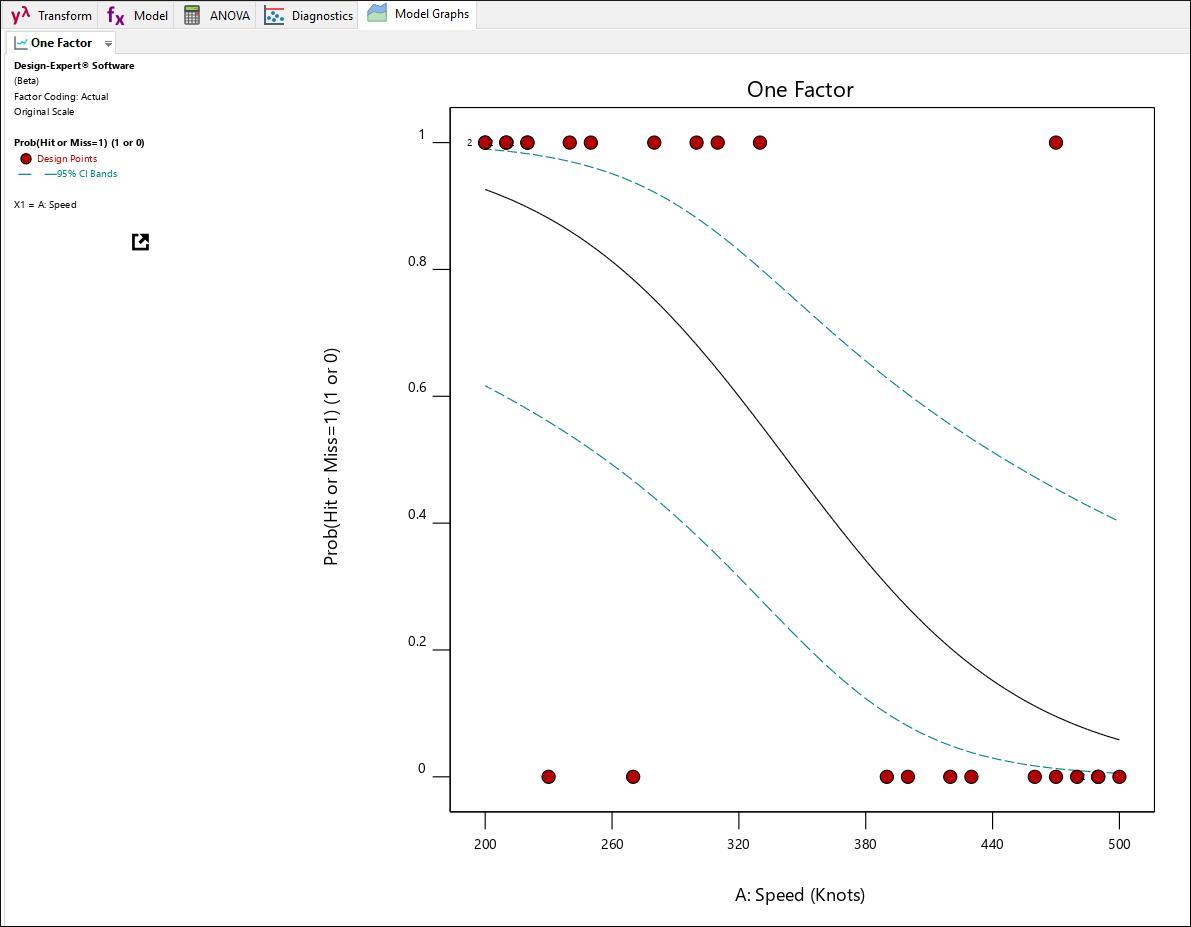 Under the Optimization node click Numerical. Assuming all else equal, it will be best to keep speed lower to save fuel and thus increase the distance that the aircraft can fly for its mission, enter for factor A a Goal to minimize. Then for the response enter a Goal to minimize the chance of a hit (thinking from the perspective of the pilot trying to get by the SAMs) with Limits at Lower of 0.1 and Upper of 0.2. 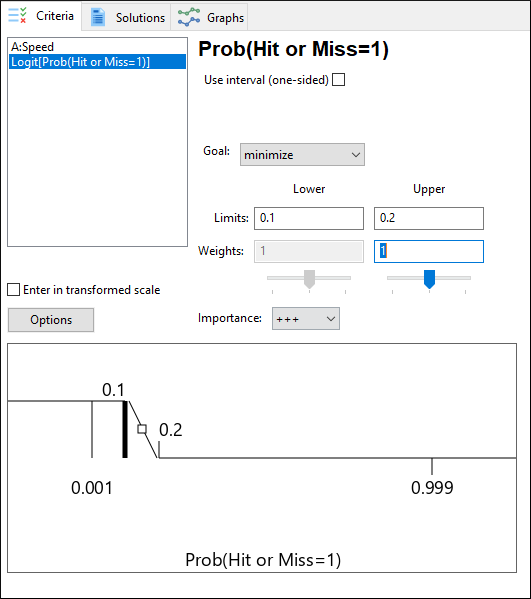 Then click Solutions. By the default Ramps view, you will see that a speed of 460 knots (530 miles per hour) is recommended at a minimum (far, far faster much better!). 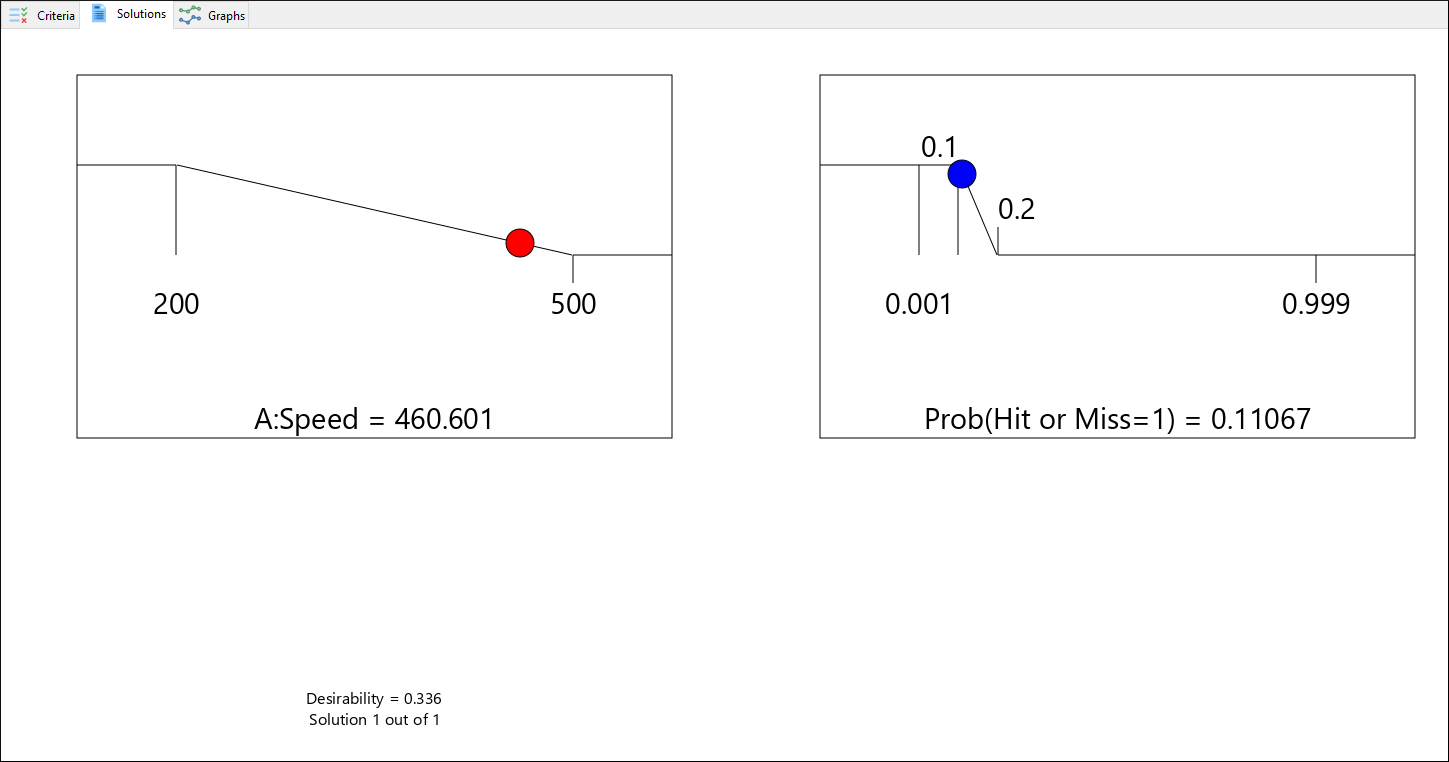 This concludes a speedy flight through the logistic regression tools for Design-Expert software for experiments with binary responses. Consider saving your results and then trying different goals for the optimization, that is, playing with the data. Have fun!